HAVE YOU EVER IMAGINE ISLAMIC JOKES

9ja Child has not received any gifts yet

Michael Jackson and Blacks in Stress Who Convert to Islam

The New York Post reports today that "Michael Jackson last night became a member of the Nation of Islam." Of course, this development takes place in the aftermath of Jackson's being arrested on Nov. 20 in connection with child-molestation charges and now being out on $3 million bail.

If this report of his conversion proves to be accurate, it would fit a well-established pattern of African-Americans who, finding their reputation in tatters, turn to the Nation of Islam, which then… Continue

Men are Big Lier But women are the BIGGEST LIER

A survey online claim that men are bigger liars than women and that the most common lies by men include:
Nothing’s wrong, I am fine.
Nice to see you.
I don’t have cash on me.
I’ll give you a call.
I am on my way.
No your bum doesn’t look too fat in that.
I think this are the most common lies by white, but that naija people will include others such as husband claiming I am in a meeting or have work in the office, this line is not clear when we don’t want to… Continue

We used to have 3, later it became 4, increased by 300% to 12, and people still wanted more. It became 19, later 21, we increased it to 30 and its now 36 but the agitation for more states never ends.
People are asking for such states as Katagun, Apa, Shira, Adada, Equity, Orlu, Aba, Ogoni, Ugwuka, Tiga, Gari,Savannah, Njaba Remo-Jebu, Anioma, Obigbo, Ibadan Kaduna south and even Oduduwa and Equity.
Let me use three of the names, Equity, Gari and Apa to explain my view, to have… Continue

52 Reasons To Have A Beer Over A Woman

1. You can enjoy a beer all month long.

3. You don't have to wine and dine beer.

4. Your beer will always wait patiently in the car while you play football.

5. When your beer goes flat, you toss it out.

7. A beer doesn't get jealous when you grab another beer.

MONTPELIER, Vt. – Vermont on Tuesday became the fourth state to legalize gay marriage — and the first to do so with a legislature's vote.
The House recorded a dramatic 100-49 vote — the minimum needed — to override Gov. Jim Douglas' veto. Its vote followed a much easier override vote in the Senate, which rebuffed the Republican governor with a vote of 23-5.
Vermont was the first state to legalize civil unions for same-sex couples and joins Connecticut, Massachusetts and Iowa in giving… Continue

You need to be a member of 9jabook & Tweeterest Digital Network ! to add comments!

yipe clothing said…
well let me know what you need or like. we customize tees and polo shirts as well... check us out on facebook yipeclothing 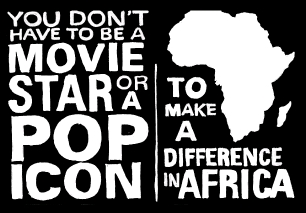 thanks for the add

Tanko Aisha said…
Hi prince hw is sunday and also hw waz ur wkend guess splendid. tot i shuld say hello.ma mail is tankoaisha@rocketmail.com. that is if u wnt 2 gt 2 me ma e-mail hw abt dat. 've a lovely day.